Dom Perignon view other by this brand 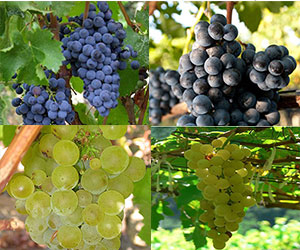 France, in Western Europe, encompasses medieval and port cities, tranquil villages, mountains and Mediterranean beaches. Paris, its capital, is known worldwide for its couture fashion houses, classical art museums including the Louvre and monuments like the Eiffel Tower. The country is also renowned for its sophisticated cuisine and its wines. Lascaux’s ancient cave drawings, Lyon’s Roman theater and the immense

Dom Pérignon, a seventeeth-century cellarmaster of the Abbey of Hautvillers, is revered as the spiritual father of winemaking in the Champagne region. Keen observation, respect for nature, pragmatic creativity, technical innovation, the courage of his convictions, and patience were the instruments serving his vision. He constantly mastered and incorporated all its components and the stages of its production, from the vineyards themselves to the pressing and clarification of the wines and their preservation.

Dom Pérignon was the originator of new techniques for cultivating vines and making wine. These innovations spread rapidly throughout the region.

Today, Dom Pérignon is produced by France's largest Champagne house, Moët et Chandon. Dom Pérignon’s principle contribution in the 20th century has been its commitment to vintage years. In addition to the exclusive use of Pinot Noir and Chardonnay grapes from only the finest growths and vineyards, Dom Pérignon strictly limits itself to wines of the very best years, which have undergone long ageing.

The Dom Pérignon style is constructed by the Chef de Cave to create a range of sensations on the palate that reflect all the complexity of the structure, and the aromas and characteristics of the vintage.